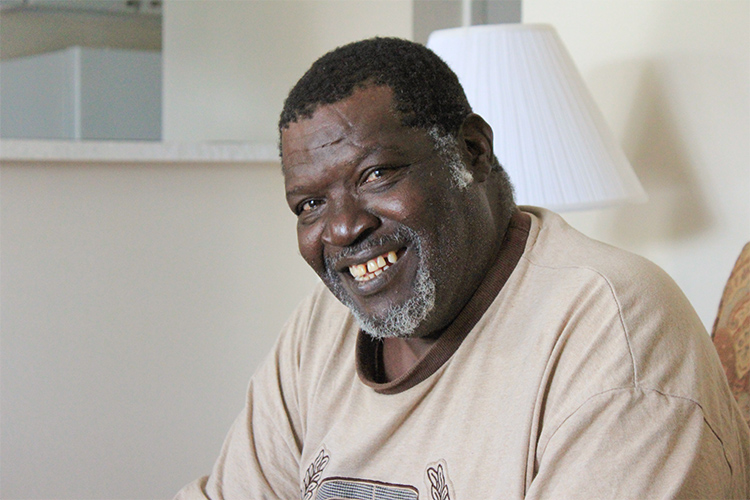 The greatest feeling in the world

Andrew is a 62 year old and native Floridian. He was homeless for seven and a half years. Before coming homeless, he worked as a truck driver. While driving his truck, he got into an accident. His truck flipped over and left him with multiple injuries and over three years of physical therapy. He subsequently become homeless on the streets of Central Florida.

While homeless he lived under a bridge. He was robbed several times while he was homeless, and his clothes and blanket were stolen from him. His biggest difficulty was finding food. Due to his injuries from the crash, he has difficulty walking. Because of his limited mobility, he often went hungry due to difficulty getting to food sources. He suffered from several medical conditions while on the streets, including several heart attacks and strokes. He estimates he visited the emergency room at least twice a month. For a time, he lost all hope entirely and wished to die until he met a man at a local church that offered him help. That change encounter at the church led to additional services and eventually case management.

In September, he was identified as one of the 129 chronically homeless individuals across Central Florida with case management, full funding for a house, yet no place available to call home. Housing these 129 individuals is the goal of the Welcome Home Project. Thanks to the Welcome Home Project, he was placed in bridge housing in Fall 2017 and was permanently housed in January 2018.

“My life took a 180 degree turn. It’s fantastic to have this place,” Andrew said in an interview after being housed. “I can look at a person and see who they are instead of making judgement calls. Homeless people make judgement calls.” He’s now working three days a week doing odd jobs and making an income. He is now in contact with his children, grandchildren, and great grandchildren. He has even spoken to his ex-wife since he’s been housed. Andrew described his newfound contact with his family, saying, “This in and of itself has brought a union back together. God is restoring things.” When asked about the power of being housed, he said “If you’re out there and you can get housing, it’s the greatest feeling in the world. There’s nothing like having somewhere to lay down. A key to a door, there ain’t nothing like it.”

“I feel like I’m finally beginning to live again…” 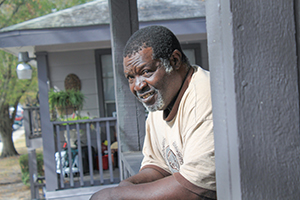 Intersections: After Seven Years on the Streets, a Welcome Home 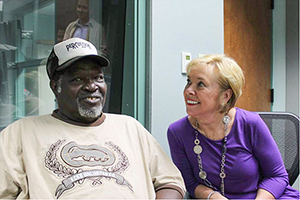